Scout Productions is an Emmy® and Academy Award®-winning media company committed to culturally transformative and emotionally gripping content across multiple platforms. Through their unconventional style of storytelling, Scout shines a light on unseen worlds and celebrates underrepresented communities through heartfelt entertainment.

The company’s current programming includes the wildly popular “Queer Eye” for Netflix, which has garnered eight Emmy Awards, and “Legendary,” the hit show on HBO Max highlighting modern day voguing and ballroom culture. Their new design competition series for HBO Max, “The Hype,” explores the world of streetwear. Scout launched their documentary division with “Equal,” an HBO Max series chronicling early LGBTQ heroes. In partnership with Vanity Fair, Scout is also currently producing a documentary on the Hillsong Church. Scout’s other upcoming projects include “The Quest,” a fantasy competition series for Disney+. David Collins is the six-time Emmy award-winning creator and Executive Producer of the voguing competition show Legendary (HBO Max), the critically-acclaimed pop culture phenomenon Queer Eye (Netflix), and its predecessor Queer Eye for the Straight Guy (Bravo). He executive produced multiple series premiering in 2020, including Say I Do, a wedding transformation series for Netflix, LGBTQ-rights documentary series Equal for HBO Max, and the October special Coming Out 2020 (Facebook).

David Collins and Michael Williams co-founded Scout Productions in 1994, and since then, the company has produced a wide variety of film, documentary, and TV projects, while fundamentally remaining an independent company telling transformative, informational stories with comedy and heart. Scout has been well recognized since its early days: In 2004, David received his first Emmy Award for the groundbreaking makeover series Queer Eye for the Straight Guy (Bravo).

With Collins at the helm, Scout embraced online platforms, and continued to deliver cutting-edge content on both streaming and terrestrial networks. His three Emmys for Outstanding Structured Reality for Queer Eye add to Scout’s many DGA, PGA, GLAAD, and Critics Choice wins and nominations. He has received recognition on Out Magazine’s 2020 Out.

100 List of the most influential LGBTQ+ people and TheWrap’s 2020 Power Women Summit. David is currently executive producing all of Scout’s upcoming projects, including a reboot of The Quest (Disney+).

David is a member of the Directors Guild and Producers Guild of America, and a proud graduate of Ohio University. Currently a resident of Los Angeles, he considers his greatest productions to-date to be his twin daughters Ella and Olive. 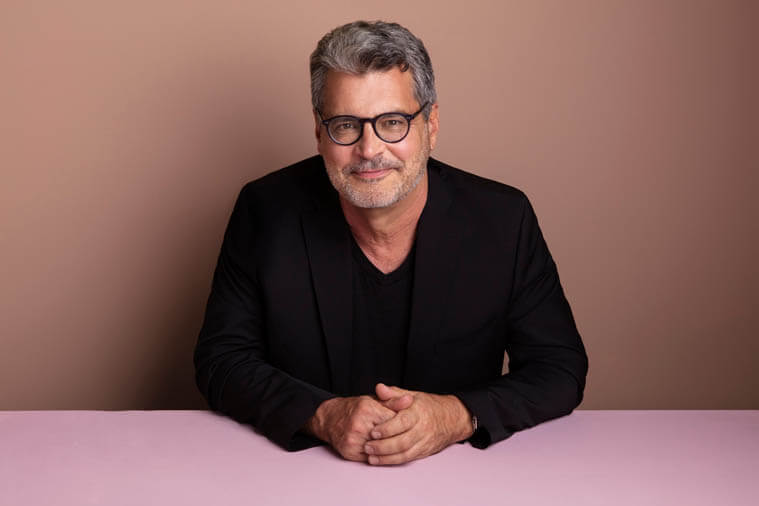 Since Scout Productions’ inception in 1994, Michael has achieved considerable industry recognition, from his Best Documentary Academy Award to his recent recognition on Out Magazine’s 2020 Out 100 List of the most influential LGBTQ+ people. He has garnered multiple Emmy, GLAAD, Critics Choice, DGA, and PGA Awards for the critically acclaimed pop culture phenomenon Queer Eye and its 2003 predecessor Queer Eye for the Straight Guy (Bravo). He also produced the long-running makeover series Home Made Simple (OWN), which won an Emmy in 2015. Williams serves as Executive Producer on all of Scout’s upcoming projects, including a reboot of The Quest (Disney+). 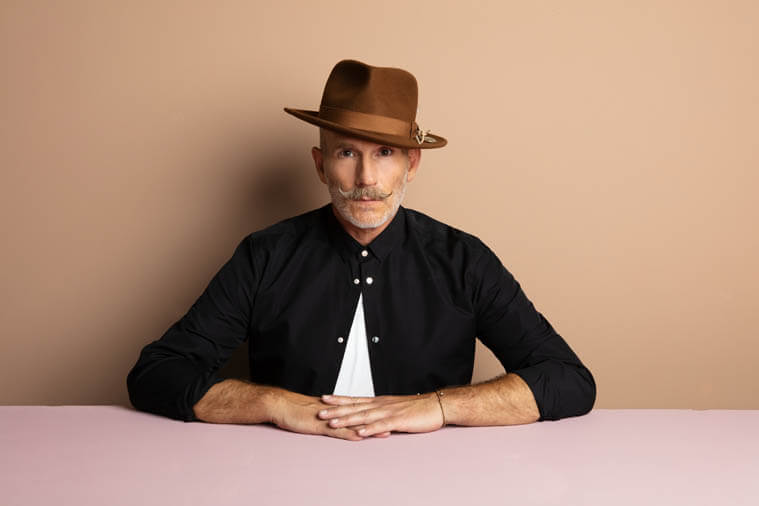 As Chief Creative Officer, Rob oversees creative strategy and artistic execution at Scout Productions, an independent production company that tells transformative stories about real people across a variety of formats. Rob is Executive Producer on all of the company’s upcoming projects, including a reboot of The Quest (Disney+).

In 2020, Rob was honored in Out Magazine’s Top 100 List of the world’s most impactful and influential LGBTQ+ people. In addition to his three primetime Emmy wins for Queer Eye in 2018, 2019, and 2020, he has garnered multiple GLAAD Media Awards, Critics’ Choice Awards, and a 2004 Juno Award for “All Things,” the theme song for the original 2003 Queer Eye for the Straight Guy (Bravo).

Throughout his dynamic career, Rob has also worked in music, graphic design, advertising, and authored the high-fantasy trilogy The Last King. In his early days at Scout, he produced scripted and unscripted programming for HGTV, Style, and Logo. In 2018, Korsh was the first US hire for French startup Jellysmack, a creative social video company that quickly became a juggernaut with three-billion video views per month in multiple languages across Facebook, Snapchat, YouTube, TikTok, and Instagram. Korsh managed 170 people in three global offices producing content in English, French, Spanish, and Arabic for both original editorial video and large US brands.

Jellysmack’s success came at the heels of Korsh’s launch of Mashable Studios in 2015, where he oversaw the creation of all original editorial video and branded content for the OG digital publisher. His team of 75 producers, animators, writers, and illustrators created everything from daily Discovery editions of Snapchat to premium Facebook Watch series covering culture, tech, and entertainment.

Korsh has produced commercials, documentaries, and music videos with Oscar winners such as Robert Richardson, Errol Morris, and Hank Corwin, and has co-owned sound stages and a motion picture rental company. He has graduate degrees from Harvard University (MPA) and Boston University (MBA), and a BFA in Film from Boston University. Renata Lombardo is a veteran Talent Executive and Producer who believes the most compelling stories come from real people. She has spent over a decade working with the industry’s best content creators as well as developing new talent who bring a fresh perspective, an expert point of view and powerful storytelling across various genres and platforms. Renata has held in-house roles at HBO, ABC and OWN. Specifically at the latter, she helped launch the network with a big role in handling all talent relations while also casting for series and specials. Additionally, she has cast, developed and produced brand defining content for clients such as Kin Community, The Dr. Oz Show, USA’s breakout hit Chrisley Knows Best and CMT’s Pickler and Ben. Her experience also includes casting and producing branded content for campaigns with national brands, most recently with Eucerin, Aquaphor, Neutrogena and L’Oréal. Her proudest production to date is her daughter Rose and son George. 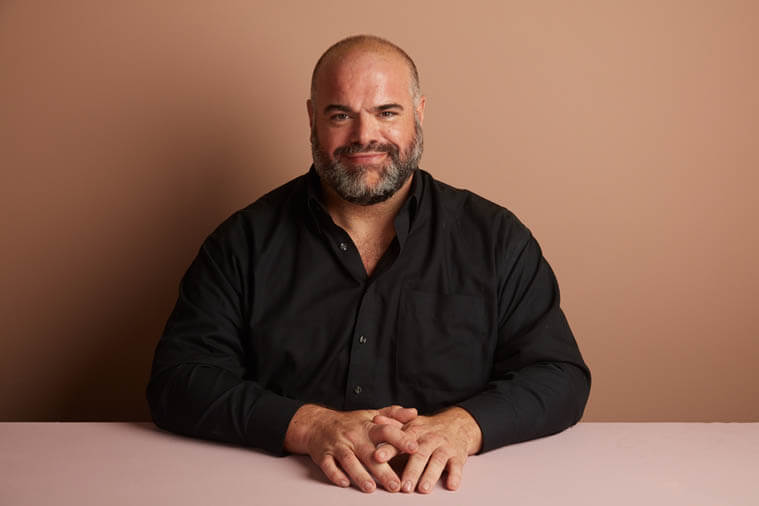 At Scout Productions, Joel leads both the Documentary Division and Strategic Development. As an Executive Producer and key member of the Equal team, he shepherded the project from inception to completion with HBO Max, alongside a number of production partners. He is a consulting producer on Scout’s ballroom voguing series Legendary, also on HBO Max. He is a steadfast advocate for honoring LGBTQ history and the unseen people behind it.

Prior to his work at Scout Productions, Chiodi ran marketing at Legendary Pictures and launched the NFL RedZone as a lead on that marketing team. He lives in LA with his dog Pickle who currently holds the title of unofficial office manager at Scout’s office in Burbank. Wehage previously served as Head of Production at 495 Productions where he was tasked with the oversight of finance, accounting, production and operations during his tenure. Wehage oversaw the production of the global sensation Jersey Shore Family Vacation (MTV) as well as Floribama Shore (MTV), Peace of Mind with Taraji (Facebook Watch), Pushing The Line (Discovery+) and Martha & Snoop’s Potluck Dinner Party (VH1) and Double Shot At Love (MTV).

During his career, John has travelled the world producing compelling stories for a global audience. He has a track record of implementing challenging creative under a variety of budgetary models over hundreds of hours of programming.

John is a member of the Television Academy’s Production Executive peer group and holds a BS in Business Administration with an emphasis in Finance from the University of Southern California. John lives in Los Angeles with his wife and three children. Amy Goodman Kass oversees Scout’s slate of documentary projects in production. She is an award-winning documentary showrunner and director, most recently of Love Fraud, which aired on Showtime in 2020 after making history as the first series ever to premiere on opening night at the Sundance Film Festival. Nominated for an Emmy, Independent Spirit Award and Critics Choice Award, it was hailed as “one of the wildest documentary rides of the year” (The Guardian), “as innovative in its style as it is iconoclastic in its themes” (Time).

Amy graduated from Washington University of St. Louis and is a member of the Academy of Television Arts and Sciences. She lives with her husband, two children, and dog Cher in Hastings-on-Hudson, NY.